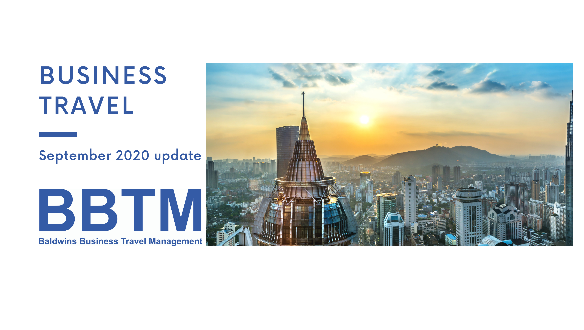 Hope all is well; this edition of Travel Case not only gives you travel updates but also by popular demand the travel quiz……

Travellers arriving in from both Singapore and Thailand do not have to now self isolate on arrival in the UK as from Saturday 19th September. However travel from the UK to both countries is still very restricted with permission only being granted to those who meet precise criteria, please ask if you require further details.

Japan's government is easing entry restrictions for travellers from Singapore on Friday to allow short-term visits by businesspeople between the two countries. Short-term visitors from Singapore will be exempt from a 14-day quarantine period if they meet certain requirements, including submitting their itineraries in advance. Japan is looking to expand PCR testing capacity at airports.

Poland's government updated its flight-ban list. The new government decree foresees a ban on flights to 30 countries. The only new country on the list is France.

Previously, 44 countries were included on the list. Among the countries deleted from the list are Romania, Luxembourg, Mexico, and India.

The new domestic service from Teesside to Heathrow (T2) is operational with a single lunchtime return flight.

Operating the Public Service Obligation (PSO) is Eastern Airways who say that they are endeavouring to make the flights double daily, essential for connections, and serving West London and M4 corridor, plus the area south of Heathrow.  The airline is in talks with Star Alliance for whom Terminal 2 is the London home.

With British Airways vacating the Leeds – Heathrow route Teesside is seen as ideal for a large catchment area including North Yorkshire plus the Durham, Hartlepool and Middlesbrough conurbations.

Eastern plans to use a 76-seat Embraer E170 on the route, with a 2+2 configuration and large overhead bins making it one of the most comfortable regional aircraft.


Also, Aer Lingus has introduced a new service from Belfast City Airport to Birmingham and Manchester.

Flights between London City and Belfast City airports have resumed for the first time since airline Flybe collapsed in March.

Five return flights per week will be operated by BA Cityflyer.

Catering back on Eurostar

Eurostar, the high-speed rail link between the UK and mainland Europe, is reinstating its full on-board catering offer following changes made due to the Covid-19 pandemic.

Travellers in Standard class can once again be able to choose from a range of food and drinks in Café Metropole, whilst those in Standard Premier and Business Premier can sit back and enjoy a meal served to their seat. The return of on-board catering completes the full service, following the re-opening of Eurostar business lounges in August.

To reduce contact during food service some changes have been made, with lids kept on dishes served at seat and accompaniments such as bread and pastries served in packaging to ensure minimal contact. In addition, anti-viral wipes and anti-viral hand gel are now offered to travellers with at seat food service, and menus will shortly be available online using a QR code. In Café Metropole, customers are advised to pay by card if possible, to remove contact with cash.

To provide more flexibility on bookings, all Eurostar fares are now available to exchange with no fee, up to 14 days before departure. The flexible fares apply to all bookings until 31 December and are valid for any dates of travel at the time of purchase.

There are now up to four trains daily each way to Paris, twice daily to Brussels, with Rotterdam/Amsterdam introduced 26 October.

One of London’s great hotels, The Savoy, will re-open on Thursday 24 September.

The Savoy is taking a phased approach to reopening. The Savoy Grill will open for breakfast, lunch and dinner from 21 September, while from 24 September the hotel will reopen for Afternoon Tea in the Thames Foyer and drinks and bar bites in the Beaufort Bar.  Bookings for overnight stays are now open from 1 October, when the hotel’s pool and gym will also reopen.

As confidence in travel and dining and drinking out increases, The Savoy will reopen its other iconic outlets, the American Bar, Kaspar’s at The Savoy and Simpsons in the Strand.

With the Heathrow to the Pakistan capital, it will compete with British Airways who currently fly daily except on a Friday.

Boeing 787-9 Dreamliners will be used for both destinations, featuring a three-class layout.

In addition, Virgin Atlantic will resume flying from Heathrow to Delhi, Atlanta, Mumbai and Lagos throughout September

Whilst clearly not oblivious to what is going on elsewhere Wizz Air UK continues to expand its British operations.

The airline has bases at Gatwick and Luton and most recently Doncaster. The airline announced two more routes from Liverpool John Lennon Airport to Chisinau (Moldova) and Cluj-Napoca (Romania) and one new destination from Luton to Catania (Sicily).

Wizz introduces its winter programme on Thursday 22 October, just a few days before the majority of carrier’s changeover date of Sunday 25 October.

With the announcement, Wizz Air now offers 11 routes from Liverpool, while Luton is at its all-time high with 71 destinations.  At Gatwick, the airline serves seven points.

Let us know if you need further information.

Most airlines are now allowing passengers to adapt their travel plans with flexibly at any time, all British Airways, Virgin Atlantic, American Airlines, Emirates, Etihad, Singapore, Austria, Lufthansa, SWISS, and Brussels Airlines tickets issued between 25 August and 31 December 2020 can be rebooked as often as necessary and without a change fee. Terms and conditions apply so please contact us if you have any questions with regards to making new bookings.

Not such good news –

Bolivia, Colombia, Peru, Argentina and Chile all had current border closure regulations that were set to expire on August 31st. all have quietly extended their border closures until further notice.

Back by popular demand ….. quiz time –

The first correct answer this month receives the much sought after ‘Baldwins Goody Bag’ …….

Remember - please get in contact if you have any questions with regards to travelling, we have access to all the latest updates and can advise accordingly.

As ever thanks for your support and stay safe.